Dottoressa events in the USA

I want to be sure all my blog readers know about two free public presentations in the USA in March of my memoir Dottoressa: An American Doctor in Rome. If you have friends within range of either of them, consider letting them know.
In Berkeley: Tuesday, March 10th, in conversation with Katharine Michaels (writer, restorer of old stone farmhouses in Italy, widow of Susan's literary mentor Leonard Michaels). Time: 7.00 pm. Place: Moe's Books, 2476 Telegraph Avenue.
Event page at Moe's Books website.
Event page on Facebook. 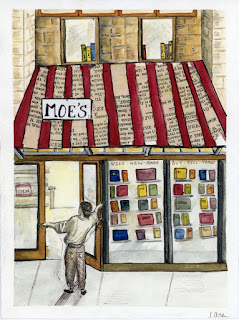 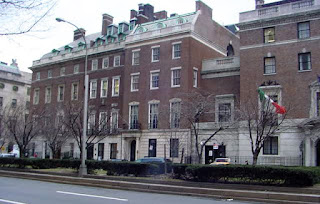 There will also be an event on March 13th at the American Psychosomatic Society conference in Long Beach, CA, hosted by Bill Lovallo, but that’s open to conference attendees only.
Posted by Susan Levenstein, MD at 7:30 PM No comments:

Even before I went bottoms-up on Nile water (see Nilotic Jeopardy, Part 1), the medical dangers of southern Sudan had literally landed on my head. Our plane from Khartoum touched down in Juba, my ex and I took a taxi to our hotel, the cabbie opened the trunk, I leaned in to pull out a bag, and bang! down came the lid on my cranium. Blood all over the place. That’s normal for a scalp wound, and it’s a welcome form of self-cleansing. Plus it offered Andrea plenty of gore to stanch in addition to the dirt to scrub painfully away and the ragged bits of torn skin to try and disinfect.
But as soon as the immediate emergency was over, a larger problem sunk in. Every roadway – even in Italy, even in the United States – harbors vast armies of tetanus (a/k/a lockjaw) spores, with their general headquarters in the feces of those charming creatures that bear Carabinieri on their backs in Rome and pull carriages through Central Park in New York. In subsaharan Africa, e.g. Juba, animals are ubiquitous and the contamination on every outdoor object is a hundredfold, a thousandfold greater.
Like most physicians I’m sloppy about my own health, so I hadn’t bothered to get a tetanus jab preparatory to the trip. To count back to my last one, I needed all my fingers and all my toes. More than ten years and you’ve likely lost your immunity, so there we were, only just landed, condemned to start our sojourn in southern Sudan tracking down a booster shot of tetanus toxoid, the vaccine we all get as kids followed by boosters every ten years, and some immune globulin (serum), the antibody soup you’re supposed to get shot up with if you have a contaminated wound.
Andrea and I dedicated our first full day in Juba to the hunt. First we tried the public hospital, a crumbling structure whose furniture consisted of nothing but bed frames armed only with springs, no mattresses. They were jammed into every available space, each holding two patients arranged head to foot, and were surrounded by encamped relatives. I explained my issue to the head doctor but he didn’t seem to know what I was talking about.
The year before, visiting a mission clinic while we were travelling in Kenya, I saw that the only tetanus medication they had was serum harvested the old-fashioned way, from horses. That product had been a miracle of modern medicine in 1911, but it had an unpleasant tendency to give severe and even fatal reactions, so the medical world heaved a collective sigh of relief when a more benign, more effective version of immune globulin, derived from human blood, arrived in the late ‘60s to replace it. But here in Juba, a beggar and not a chooser, I was starting to think if someone offered me that toxic horse serum I’d kiss him.
After the hospital fiasco we set off to do the rounds of all the half-dozen private clinics in town. One chief medical officer after another said nope, no booster, no horse serum, no human serum, no nothing. As a traveler and a scientist I could muster some anthropological interest in our odyssey, since it was giving us an inside view of every medical facility in one of the major cities of a country one fifth the size of the USA. But as a patient I saw no plus side.
Finally at the last clinic, run by missionaries, I hit the jackpot. Or at least I found someone who knew exactly what I was talking about. An earnest Dutch doctor kindly explained that tetanus toxoid, the booster I needed, was completely unheard of in southern Sudan. But he said if I wanted he could get me some immune globulin. And this immune globulin wasn’t even that toxic kind they used to make from horses – it was of human origin, like the products used in Europe and the US. Except for one slight difference, my saviour confessed: the serum he had to offer was not a sterilized commercial product but a concoction hand-produced in Juba from the blood of local people.
It took me a minute to realize what this meant. Unprocessed serum from south Sudanese blood could be – would be – loaded not just with antibodies but with germs. Nowadays the most-feared culprit would be HIV, but this was years before AIDS (or hepatitis E, or West Nile virus, or Zika fever) had appeared on the scene. Nonetheless even in 1979 the list of blood-bourne diseases was already long. The biggies were malaria, syphilis, and hepatitis types B and C (then known as “non-A non-B”); a somewhat less serious category included brucellosis, toxoplasmosis, Chikungunya, and Dengue fever; and an obscure-but-deadly blacklist featured trypanosomiasis, babesiosis, leishmaniasis, and Ebola. For a south Sudanese patient who had never had a tetanus shot and had already been exposed to most of those other infections the risk from the serum might have been worth it. For me? Not on your tintype.
The outside incubation period for tetanus is six weeks. Though a few days later I downed my unfortunate chalice full of Nile water, initiating a countdown as I waited for myriad diseases to strike, lockjaw may have been the scariest – even with modern medical care, it’s still frequently fatal. Fortunately, the six weeks passed without my jaw ever giving a twitch.
Posted by Susan Levenstein, MD at 12:13 PM No comments: