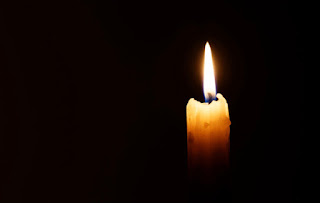 I promised you my journey home but you will not have it,
At least not now.
How can I review airplane food
While my country burns?
Complain about boarding passes
While our chosen leader invokes the death sentence
For the theft of a television?
Count the minutes a flight was delayed
Instead of the 173 seconds a murderer kept murdering
When his victim was already dead?
I have not watched the video, I cannot watch the video
Derek Chauvin crushing George Floyd
While he called out for his mother
As I could crush only the tiniest of ants
Three comrades standing by.
I could not bear to watch the video
I do not need to watch the video
I can remember
Ahmaud Arbery
Botham Jean
Philando Castile
Sandra Bland
Freddie Gray
Tamir Rice
Eric Garner
Trayvon Martin
Amadou Diallo
Medgar Evers
Emmett Till
I search for solace this time around
Some hint of hope
At the sight of white as well as black faces in the angry crowd,
The sight of free burgers donated through broken windows,
The sight of a few policemen in riot gear
Taking a knee.
But the hope is not enough
The solace is not enough
Thoughts and prayers are not enough.
Black Lives Matter
Posted by Susan Levenstein, MD at 6:21 PM