To Boost Or Not To Boost, That Is The Question

I’m on vacation but I thought the masking and second booster controversies deserved comment, and the Shkreli Awards deserved publicity, so I’ve dashed off a quick post.

Mask mandates: As you all know by now, a Florida judge has struck down the Biden administration’s requirement that people wear face masks on interstate transportation and in airports and other hubs. Airlines, Amtrak, and Uber jumped to say both passengers and staff could leave their masks home. Despite the jubilation pictured above, 60% of Americans disagree. Call it one small step for the 35-year-old who has been characterized as Trump’s worst judicial appointment and considered by the American Bar Association not qualified to do the job, and one giant leap in favor of the coronavirus. Top legal scholar Laurence Tribe called her opinion, “A shambles, filled with unsupported medical claims as though she were an expert in fields about which she knows even less than about law!” The administration is appealing the order but unfortunately not requesting a stay. My husband and I – currently in the US – opted in the end to get second boosters to cover us for a series of 4 flights and 5 airports. Thank heavens we did!

In the meantime, Italy is backing off from its scheduled May 1 end to masking. High-quality face masks will remain required for at least an additional month in public transport, theaters, concerts, indoor sports venues, gyms, and discotheques; for the rest of the school year in classrooms; and until the end of 2022 in healthcare facilities. They can be left off in restaurants, bars, and museums, with offices still to be decided. It remains a mystery to me why Italy is still having so many cases, and especially so many deaths, even though more than 90% of adults have been vaccinated and everyone wears masks.

Sabizabulin: The manufacturer of this experimental drug for critically ill COVID-19 patients says it slashed the death rate so drastically in a Phase 3 trial, from 45% to 20%, that independent monitors recommended the trial be halted and that an application for Emergency Use Authorization be filed with the FDA. The New York Times article is wrong to say it’s the first drug to cut the death rate in hospitalized patients – that trophy belongs to the old drug dexamethasone– but it is certainly the first to claim such a powerful effect. We’ll see whether the findings hold up after peer review of a complete manuscript.

Evusheld (AZD7442): The AstraZeneca antibody cocktail seems less effective against plain old Omicron than was first hoped, leading the FDA to double the recommended dosage, but it is apparently more effective against the BA.2 subvariant. A 6-month trial involving thousands of volunteers during the Alpha and Delta waves found a single dose of Evusheld to cut the rate of symptomatic COVID-19 by 82.8%, and all cases of severe disease were in the placebo group. This trial predated Omicron, but laboratory analyses confirmed potency against BA.2.

Remdesivir: Rushed through the approval process despite benefits to hospitalized patients that were meagre at best, this drug will probably get knocked out of clinical use altogether by a large negative European study. Fortunately it’s getting wider use now for outpatients, in whom it works much better.

Camostat mesilate: Another once-promising drug for hospitalized patients has now flunked out.

Paxlovid: Previously in short supply, it’s now readily available all around the United States, but still not reaching the people who most need it. Patients and doctors aren't familiar enough with the pill, and many Americans don’t even have doctors. I often disagree with Zeynep Tufekci, but she’s written an excellent piece describing how the American health non-system is making it difficult for the well-connected, near-impossible for everybody else, to get treated effectively for COVID-19.

The first is a small study among Israeli healthcare workers, in which for the first time to my knowledge Pfizer beat Moderna. Over and above the efficacy of 3 doses, a 4th dose of Moderna added just 11% to prevent infection with SARS-CoV-2, whereas Pfizer added 30% while giving fewer side effects. Both added a little more protection against symptomatic infections (31% and 43% respectively). But it’s all small potatoes in these relatively young and healthy individuals.

The second Israeli study, however, suggests that a 4th dose likely has more to offer to people who are more at risk. During the Omicron surge, among 182,122 people over 60 who had a 4th Pfizer dose as compared with matched individuals who only had 3 doses, the extra booster reduced infections by about 50%, symptomatic infections by 60%, severe disease by 70%, and deaths by 75%. The effect didn’t wane, but researchers report only 30 days’ follow-up.

Omicron-zappers: After Pfizer’s and Moderna’s attempts at an Omicron-specific vaccine stalled at the animal-testing stage, the Chinese companies Sinopharm and Sinovac, whose original vaccines were pretty ineffective, are now trying their hands. We’ll see.

Moderna tries again: This time it’s a booster they call mRNA-1273.211, which is half aimed at the wild strain and half at Beta (the first relatively vaccine-resistant variant). It managed to induce a hefty load of neutralizing antibodies not only against Beta and the wild strain but also against Omicron. So far it’s only been tested in mice, and only looked at antibodies rather than actual protective ability, but still I’d call these results promising.

Appendicitis: I’ve heard about lots of strange reactions after mRNA vaccines, from shingles to Guillain-Barre, but I didn’t know appendicitis was claimed to be among them. And, in fact, an analysis of more than 4 million Danish vaccinees has proven that it's not, that the apparent increased risk was just coincidence.

Are we all infected? 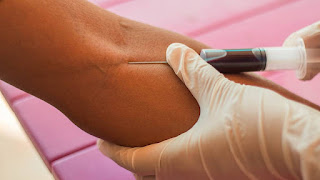 New York Times headline: “More than half of Americans have been infected with the coronavirus at least once, the C.D.C. says.” The Times article, and the scientific report it’s based on, specify that “more than half” means 60% of all Americans and 75% of children.

In my opinion this is nonsense. As I pointed out just in my last post, those percentages were obtained from what is described as “a convenience sample of blood specimens submitted for clinical testing.” But, hey, who gets their blood drawn for clinical testing? People who are acutely ill, having checkups for chronic medical conditions, etc., certainly individuals likely to be older and sicker than the general population, and possibly with differing risks of exposure to COVID-19. It’s absurd to generalize their infection rates to the rest of us.

As in past years, The Lown Institute picked out 10 of the worst medical profiteers for their 2021 “Shkreli Awards,” named after the guy who raised the price of an antiparasitic drug costing pennies to make from $13.50 a pill to $750.

2.     Sackler family at heart of opioid crisis offered immunity despite harm to millions and deaths of hundreds of thousands

4.     Drug manufacturer Merck prices a course of molnupiravir, a Covid-19 pill developed with federal funds, at 40 times its production cost, $712 instead of $18

9.     Pharma companies Biogen and Teva use “charitable giving” to increase sales of their overpriced drugs

10.  Suppository users experience discomfort of 5000% price increase – since 2008, under successive patent-holders, most recently Assertio, Indocin suppositories have gone up from $6 to $345 each

1.     Half of US hospitals refuse to comply with price transparency rule designed to help consumers

2.     Health systems in Palm Beach, Chicago, and elsewhere allow big donors, board members, and executives to cut the line for Covid-19 vaccines

4.     U. of Texas Anderson Cancer Center fails to report results of clinical trial for over 15 years